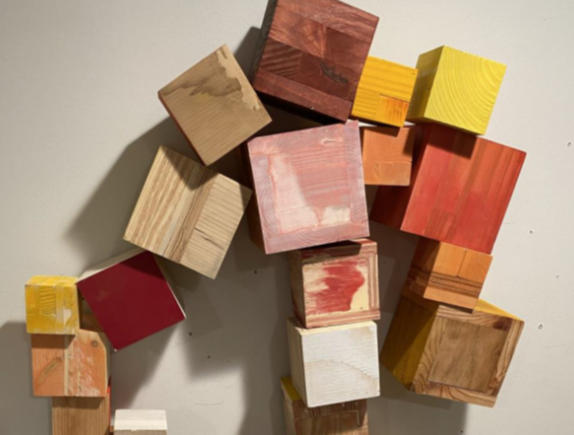 Now showing in the Great Hall: Dimensions by Sterling Bowing

Dimension is a noun meaning “a measurable extent of some kind.” Dimension also has another meaning- “an aspect or feature of a situation”- which, again, references attention towards the visual character of a thing. The contrast between the features- including the physical dimensions- of the cubes is the source of each piece’s dynamism.

The cube assemblages-which are not attached permanently to each other or the wall-foreground gravity and light in a way that paintings cannot. Sterling treats the cubes as proxies for brushstrokes as he spontaneously assembles them into temporary compositions that are never repeated. The process for making this installation relied on reacting to the cubes themselves and to the dimensions of the Grand Gallery.

For many of us “dimension” also refers to time (an element of the sculptures as they are temporary) and space (which they physically occupy). For Sterling, these untitled abstractions are an exchange of energy and experience with an audience- a dynamic that requires space, and the passage of time.

Sterling graduated from UNC Charlotte and attended the University of Houston’s MFA program before returning home to North Carolina. He is a family man, blogger, and clean energy enthusiast who sees his depiction of the cube as a reformed modernist approach to nonrepresentational painting. 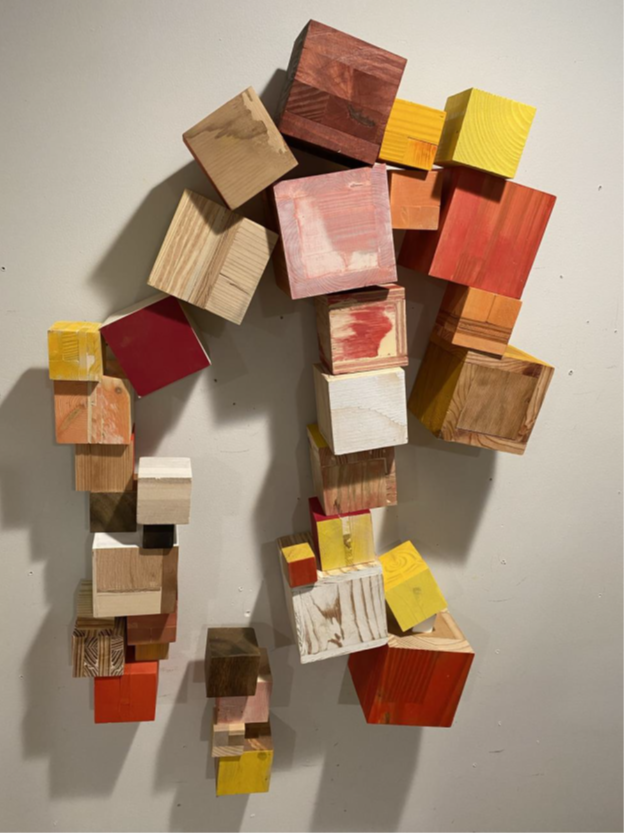 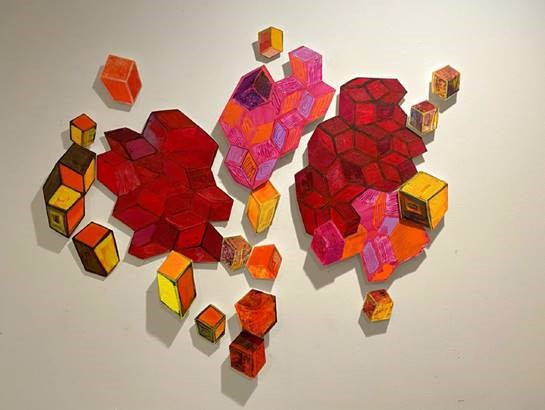